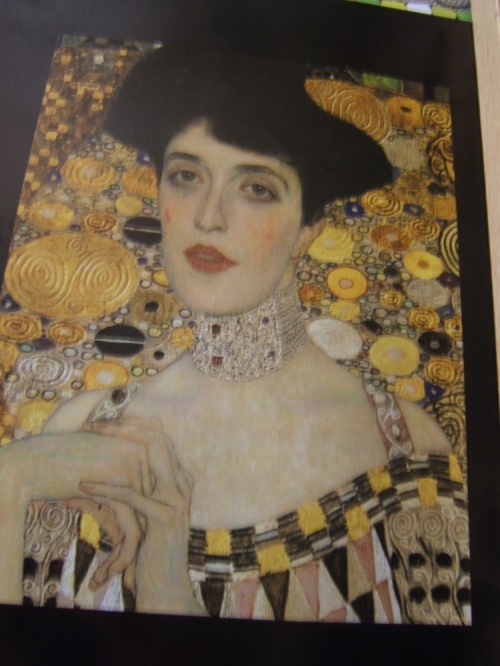 I’ve studied various photos of Adele’s hair, and as far as I can see, it is just…..BLACK. However, the hair, is a large portion of my piece, and I’m going to do it in a variety of ‘blacks’ to give it some life. My intention is, at this point…..(early Monday morning) ….to dye up an antique black, using the oatmeal as a base (I don’t have enough of the wool for my hall runner background to risk using that).  I have a variety of black plaids and tweeds in bits and pieces which I hope will work for extra highlights. I’m not sure yet whether I will marry those colours, or use them as is. So those are my intentions as of 7:30 am…..but it’s a woman’s prerogative to change her mind! 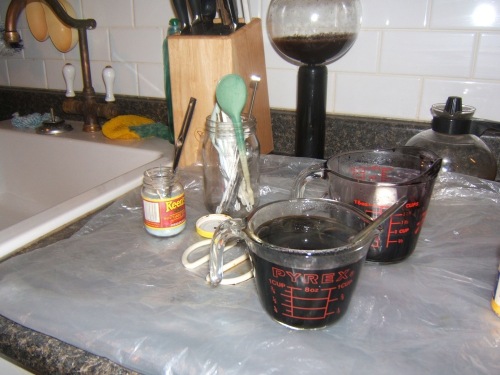 1:00pm…..I used my basic antique black recipe as a guide, but instead of using ‘bottle green’, I used ‘maple sugar’ (not the real stuff…the pro chem dye). I made that change for a couple of reasons….the most mundane being…I don’t want to run out of ‘bottle green’ before I complete the background of the hall rug, and secondly, I plan to use the ‘maple sugar as a background colour, and thought it would tie the two areas together, thirdly it seemed like a good highlight for black hair. 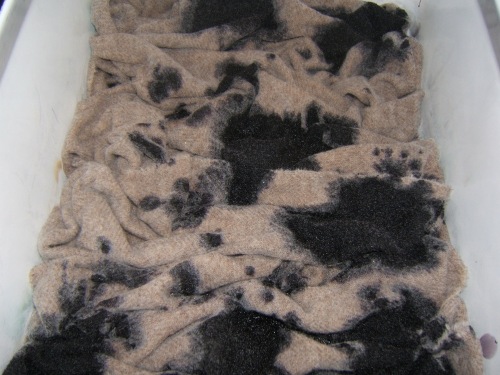 . I spooned on the black first in splotches, then did the same with the maple sugar. (sorry I forgot to take a picture at that point) 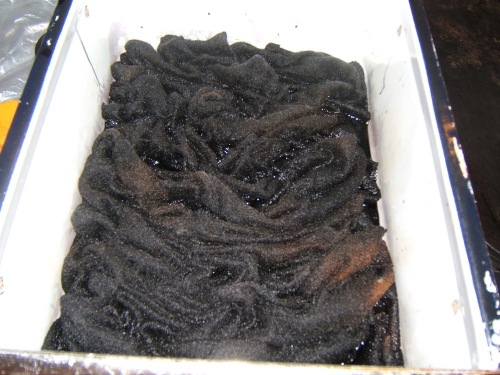 Then, using my tongs, I made sure everything was soaked through. I covered it with tin foil and put it in the oven at 300 degrees. After 1 hour the water was clear, so I took it out and rinsed it. 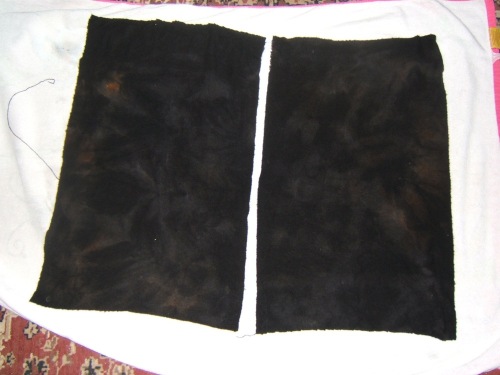 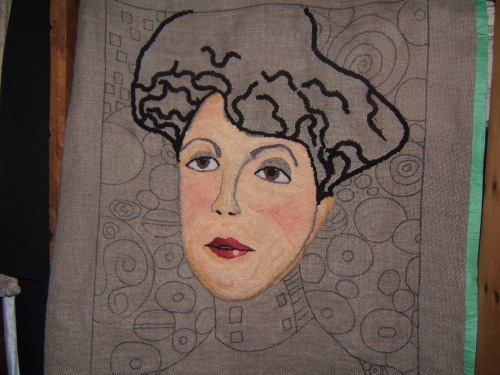 I did the eyes and mouth in 3 and 4 cuts, the flesh in a 6 cut, and I’m trying an 8 cut for the hair. It will not only be faster, but more realistic I think.