I’ve always admired many of the Sunshine hookers who are able to create the overall look of one colour, but on close inspection, they have in fact used many. It gives such vitality to their work. I was determined to try and achieve this with Adele’s hair….it must look black, but come to life with the use of some other colours , or other blacks being used as well. (I really debated including the next two pictures…because my camera really distorted the colours so that the true value of each one is quite untrue….you’ll just have to take my word for it!!) 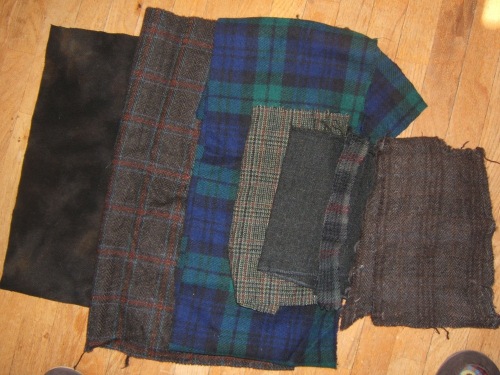 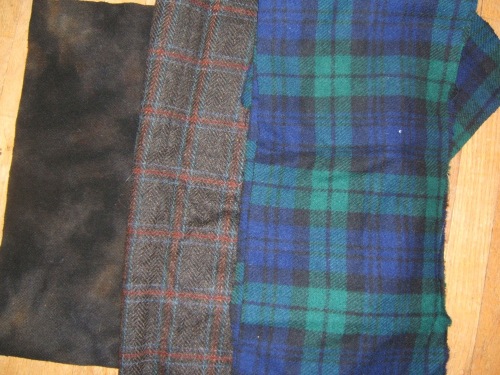 This was a very good lesson on ‘colour value’ for me, because what eventually worked best wasn’t black at all, but two wools which were of a like dark value….a brown/ black plaid, and a black watch plaid…which has no black in it at all, but is actually blue and green. So there are actually four colours….the black I dyed, the maple sugar tones in that wool, plus the brown plaid and the black watch. 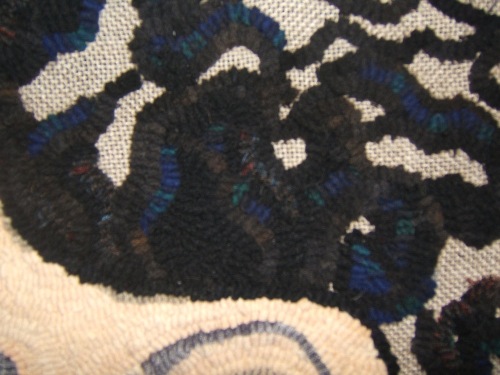 Although  I’ve had many tips and instructions on ‘value’..perhaps there is no better teacher than my own ‘trial and error’. 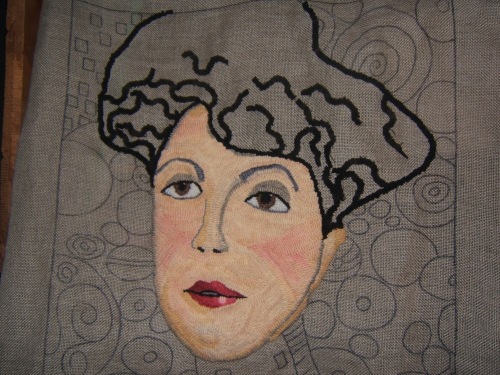 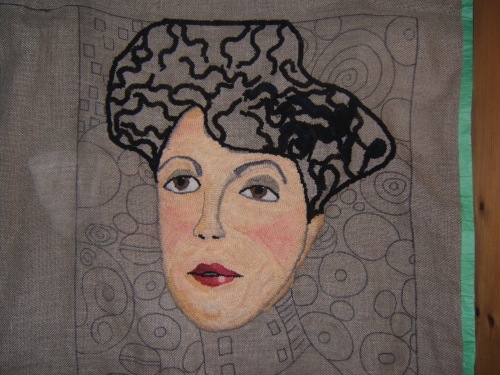 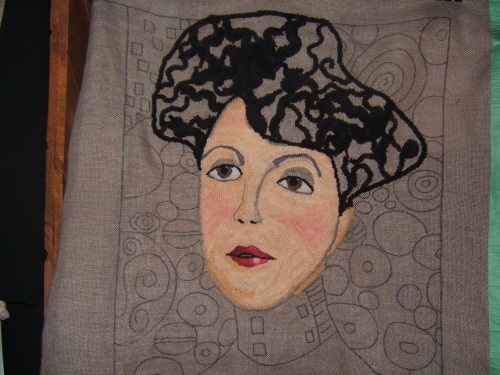 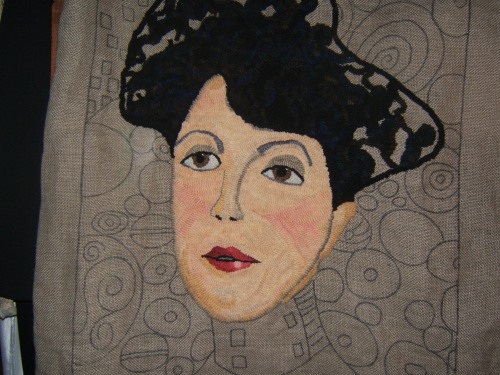 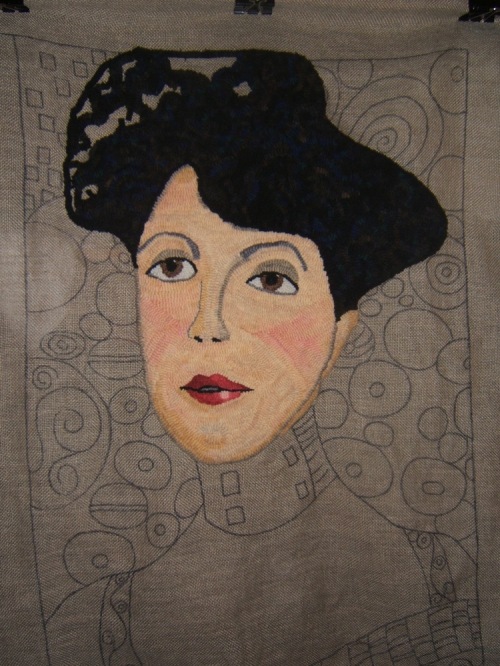 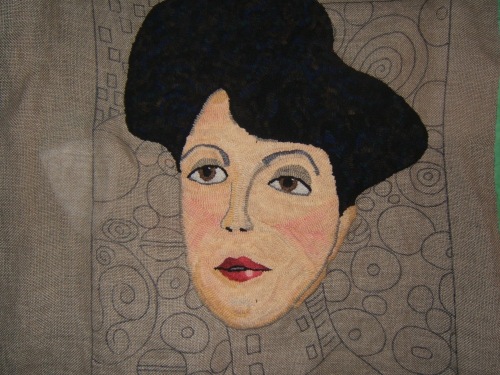