I haven’t done a lot of hooking since attending RUG two weeks ago. I’ve been working on a set of 4 coasters for my sister. Actually she asked for coasters, but they’re a bit large….for BIGGG mugs I guess.  I made them 6″ x 6″ because she asked for text on them, and I didn’t think I could fit it in on a smaller size.

I’ve never done lettering before…so I went to Gene’s IRC videos and watched his demonstration on ‘lettering without lines’….twice. 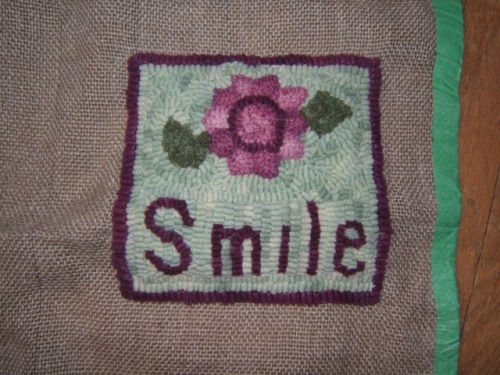 I dyed the background with a mottled Olive Drab, and the lettering and edge is PF # 15 (thanks Ivi). It would never have occured to me to do lettering without first drawing the letters…but using Gene’s method of counting ditches and holes…I was satisfied with my first effort. (It doesn’t really bulge in the middle like the picture….that’s a fold in the linen) 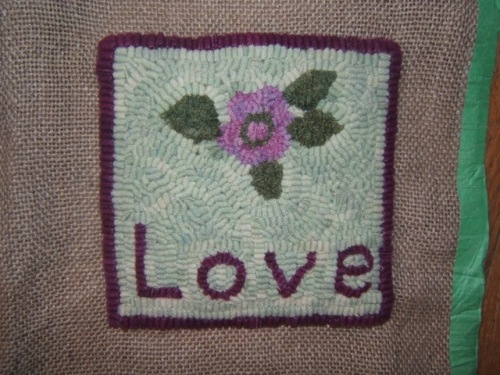 The third one is underway…one more to go. The flowers are a 3 and 4 cut…the lettering and background is 6, and the border is an 8 cut.

I remembered to take my camera to the Sunshine meeting on Tuesday, so I could catch up on what people were up to. 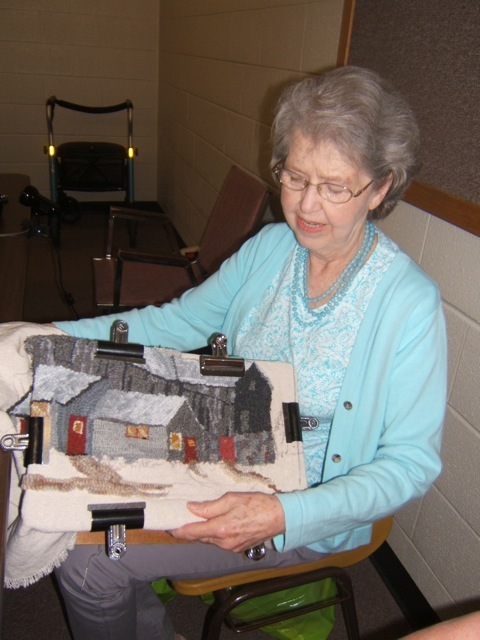 Jeanne is working on this beautiful barn scene. She’s doing it with nylons, which she admits aren’t her favourite thing to work with (mine either). I assume it is for the ‘barn project’.

Edie was hooking on her “Lobster Boat” . She says she has been working on it for years, and every once in awhile takes it out and adds some more.Doesn’t that water look cold?

Luise is doing these seasonal trees. She chose it from the stash of a member who has had to give up hooking. We held a sale and donated the funds to the Rug Hooking Museum

Barb is hooking her house….love it.

Diane is putting the finishing touches on this fine cut. 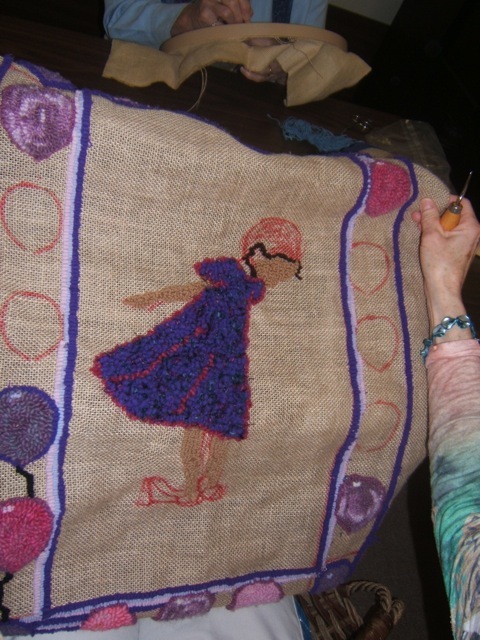 I love Mary’s little girl…she’d been struggling she said, to get the angle of the head the way she wanted…but finally managed it.

Karen has done the body of her owl in wool to give it a fluffy effect. Too bad that doesn’t show up in the photo. It is really effective. I just love his expression.

It’s that time of year when Sunshine rughookers begin to think about making items to sell in the annual Quilt and Rug Fair in September. 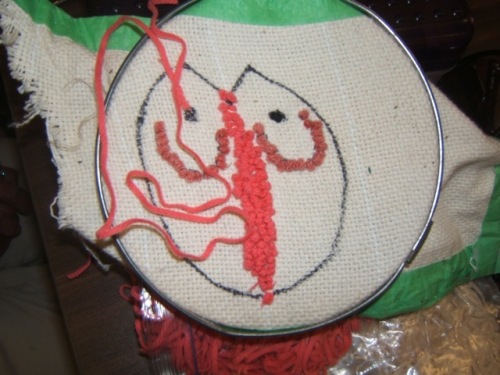 Joanne found this little mouse in her stash, and is hooking him up. He will eventually be stuffed. Can’t wait to see him come to life. 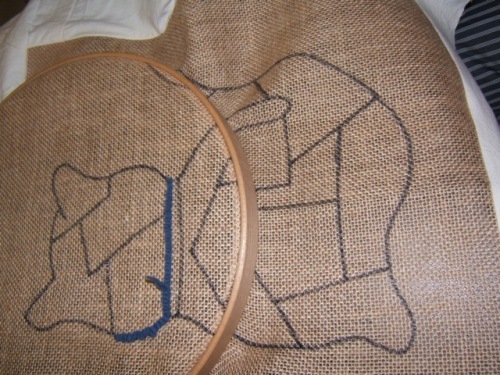 Gail is making this patchwork cat for the sale too. …Which I think will become a chair pad.

There are always some projects going on….this large flower pattern was donated, partially finished, and is being completed by a number of hookers, and will eventually be used to raise funds. It is so beautiful. I believe it was started in a wide cut shading workshop given by Jeanne Field.

Judith is our newest hooker, and has just purchased her first cutter….a Frazer 500…from Mary Lou, who is showing her how to use it. She was so happy to be cutting her own strips! Her enthusiasm for this new craft is infectious.

Now I’m off to spend a little outdoor time on this glorious sunny day. Happy 24th to all fellow Canadians