On the second day of the workshop, Wendie showed us how to use our computers to create a colour palette for any photo we wanted to hook.  I think this will be a VERY useful tool for me, and I’m looking forward using it.

Then we spent the rest of the day working on our mats. 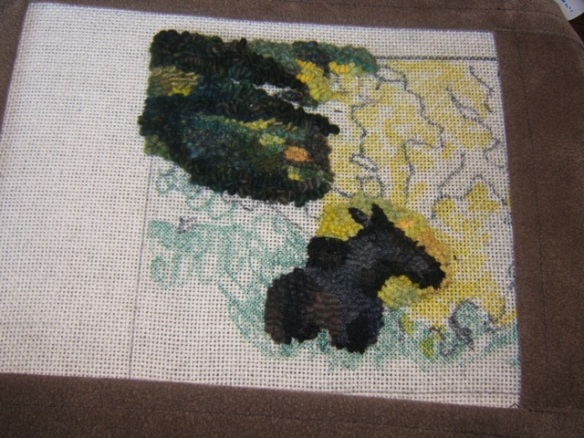 In the last post I showed this pattern before Wendy (with a Y) started hooking….it was mostly squiggles….I love how the moose and foliage is beginning to emerge. 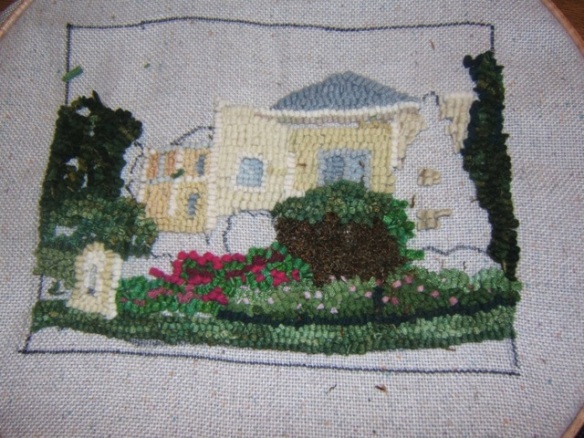 Linda chose a picture of their hotel in Cuba. She chose to hook shiny nylons to give life to the flowers in the garden. I wish the picture showed how effective this was. 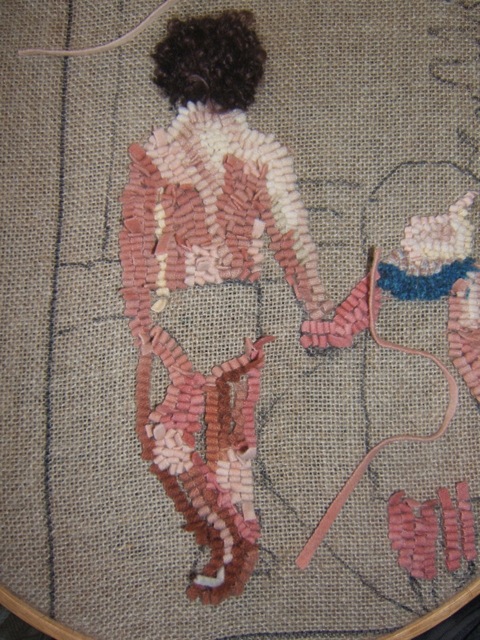 We were encouraged not to hook figures, but shapes in each colour, and be patient until it all came together. Helen is doing just that. 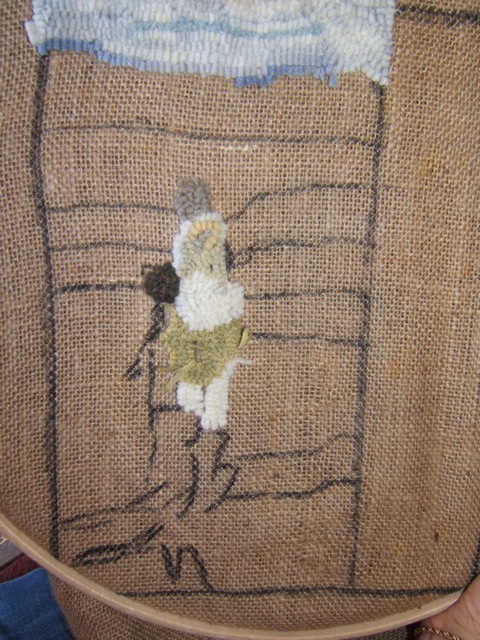 I’m looking forward to seeing this as it progresses. 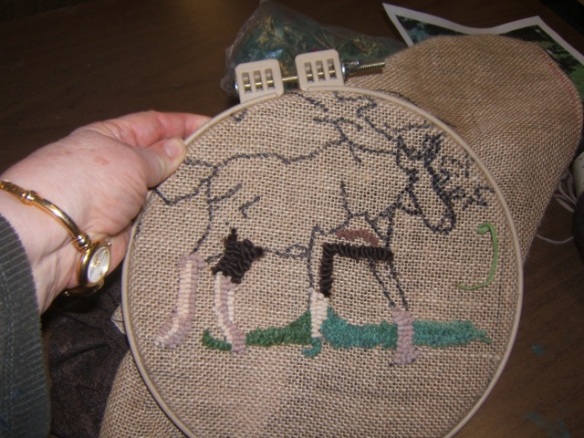 Moose are popular wildlife to hook in our area. Looks like this one was on the move. 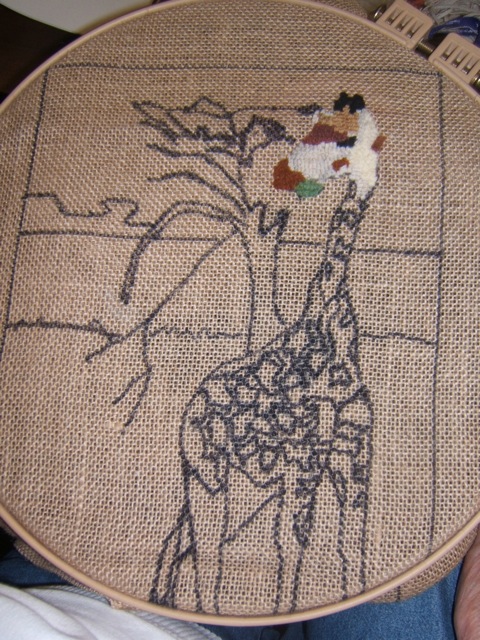 Karen has her giraffe underway. 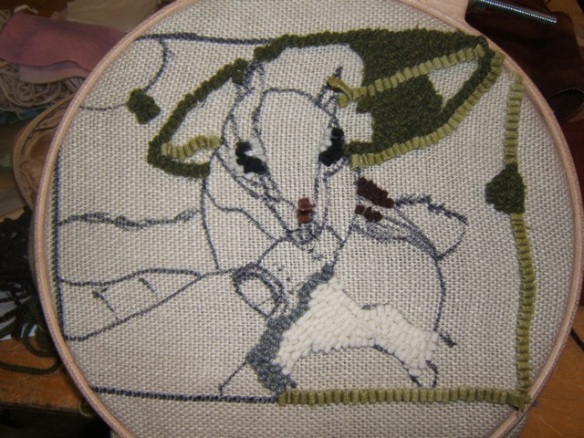 People chose all sizes of wildlife…..From the very large…to the very small….Lynda is hooking a chipmunk. 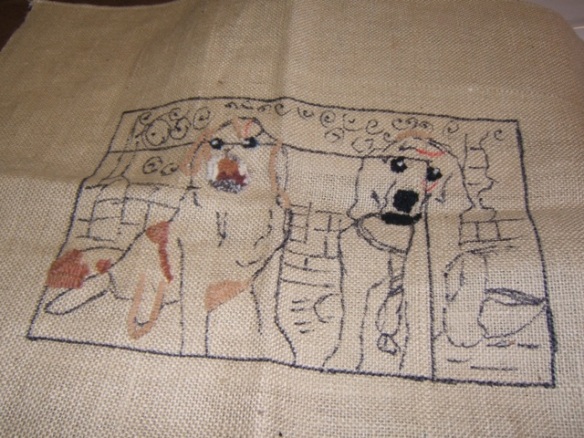 Cecelia chose a photo of her son’s two golden retrievers. 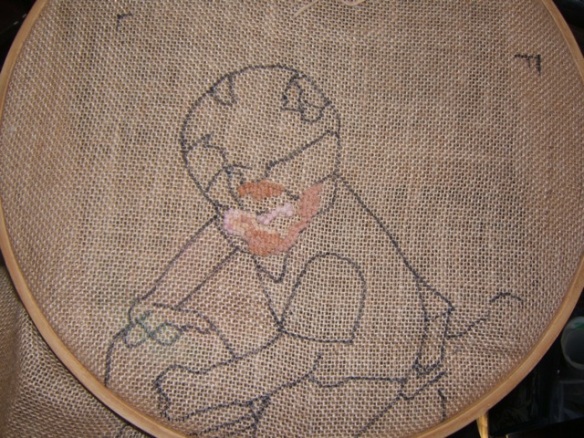 …….and Diane is hooking a picture of her grandson on a rocking horse. 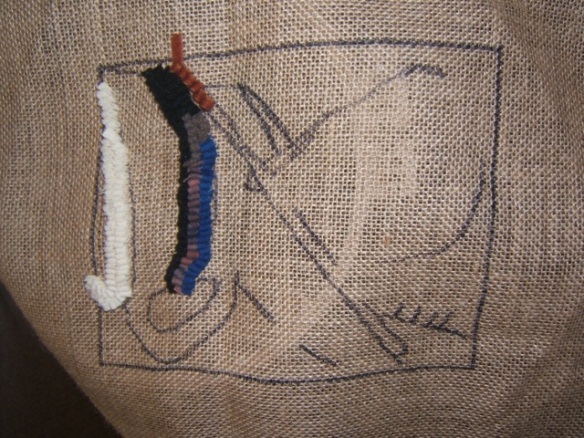 Jan is starting a still life incorporating a coffee mug. 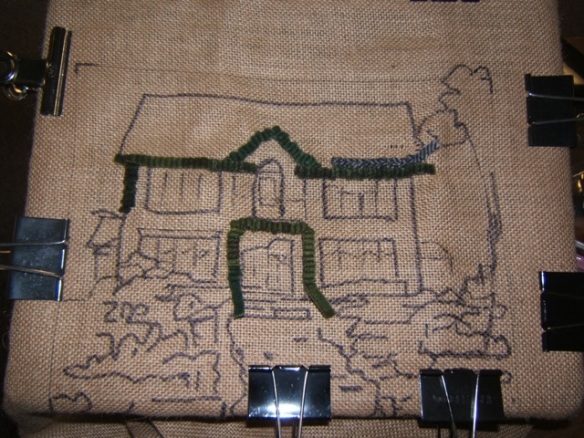 Marion has started a portrait of her house. 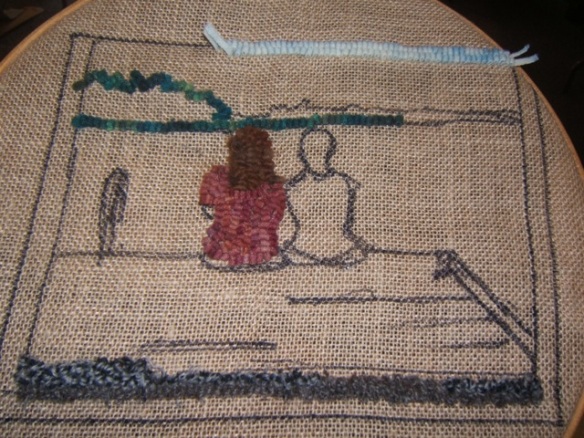 There is such a touching story to go with this photo…I hope Pat won’t mind that I share it . She sold her cottage and was moving to town. This was taken on the last day she had possession, shortly before they left. Her grand daughter and her friend were sitting on the end of the dock saying….goodbye lake….goodbye dock…..goodbye trees. 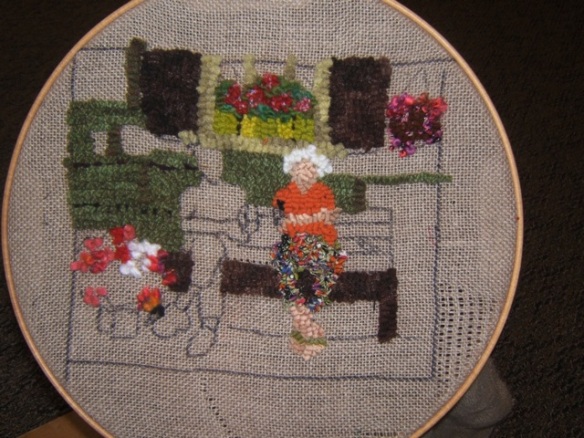 Kathy’s photo also has a special story. These are her parents sitting in the garden. Her father used to hand feed the chickadees, so she has added them (one in his hand, and one on his head) as a special memento of her dad. (you can just see the outlines for the birds).  She was able to alter the picture to remove a third person sitting on the bench, and add the birds to make it a true memory mat. 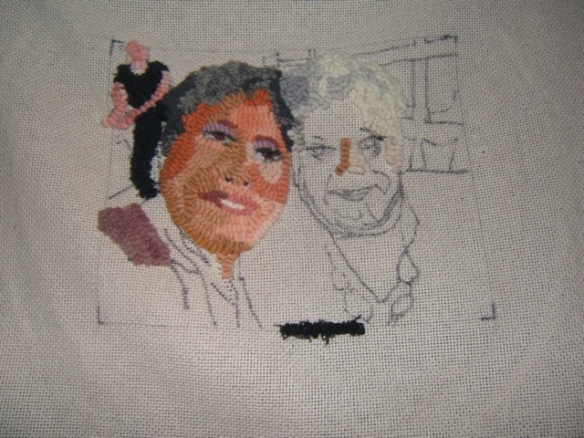 I have to confess, I didn’t take a picture of my portrait of my sister and I as it existed on the second day. This was taken the next day when I had made significant alterations. Although it is mainly a 6 cut, I used smaller cuts for the eyes and some other details. I reverse hooked the teeth (hooked from the back side), which worked really well….letting them sink behind the lips. 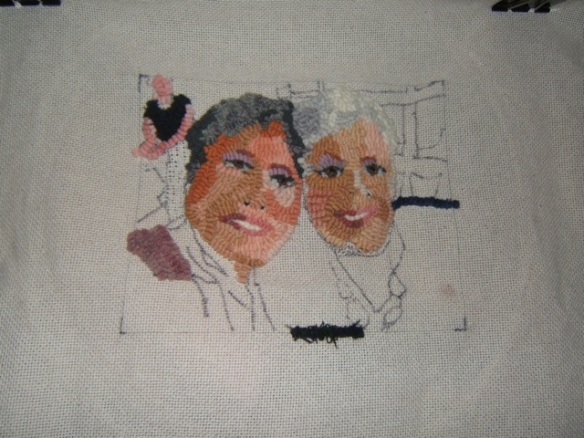 At this point, I’ve started my own head…but it still need major changes…to the eyes, mouth, and chin. I have to say I REFUSE to hook in my double chin….I’m claiming artistic license!

I took a break from the portrait on Sunday, and made some changes to my Wanda landscape. 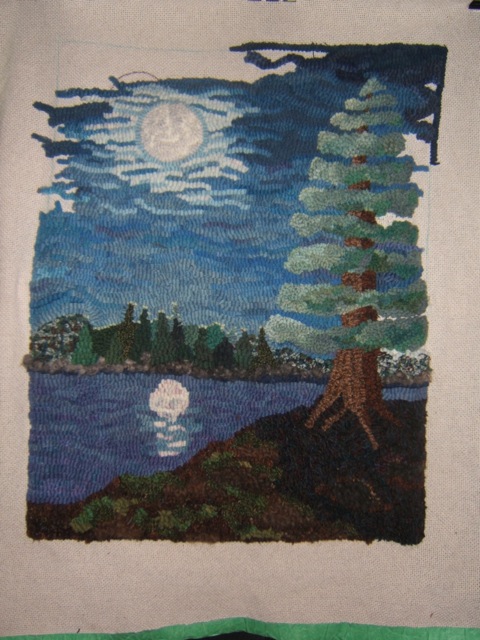 When I looked at it for a time…I decided I wasn’t satisfied with the haze around the moon, so I googled pictures of moonlight on water, and realized that the moon was only hazy if there were clouds in the sky….Duh….. 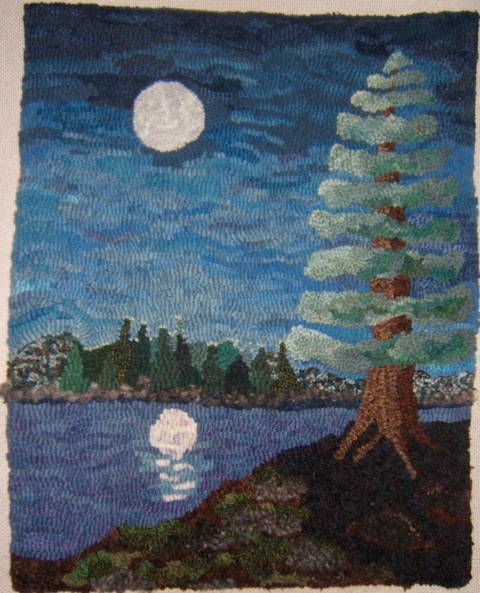 So I did lots of taking out, and reworked portions of the sky.