Saturday was once again the meeting of R.U.G. and the day when the rugs entered in “the barn project” were handed in, and shown to all those present……just to fill in the background for those of you who are new to my blog….R.U.G. stands for “ruggers united gathering”, and is held twice a year at the Simcoe County Museum near Barrie Ontario Canada. It is an open gathering attended by rug hooking guilds and individuals from a large area of central Ontario. Different guilds and groups are hosts for the meetings which involve show and tell, vendors, a program, and over the years it has evolved into a large and active gathering.

Two years ago the Huronia Branch of OHCG (Ontario Hooking Craft Guild) in cooperation with the Simcoe County Museum, announced an exhibition of rug hooking celebrating the barns of rural Canada, a fast disappearing feature of our landscape. By the May R.U.G. 2014  gathering, these rugs will be on display at the museum, then will go on a tour of other museums for a couple of years. At Saturday’s R.U.G., they were handed in, and shown for the first time to everyone there. There were 58 rugs entered from all over Canada. There wasn’t room for them to be displayed in any way yet, so the pictures I took were just of them being “walked” around.  Unfortunately some are missing. In spite of help from Wendy Bowes in taking the photos while I was busy, my batteries faded and finally died altogether. Jean Chabot came to the rescue with an extra set of batteries, but in the process, I missed some of the rugs, and the pictures taken of a few while the batteries were on their “last legs” are far  from good, but I’ll include some of them anyway, just so you can see the wide range of barns and styles in this upcoming show.

While I remember comments about some of the barns, I’ll post them largely without comment as there are so many. This is the first half, the second  half I’ll show in the next blog post.

Many of the pieces were story rugs full of personal significance. 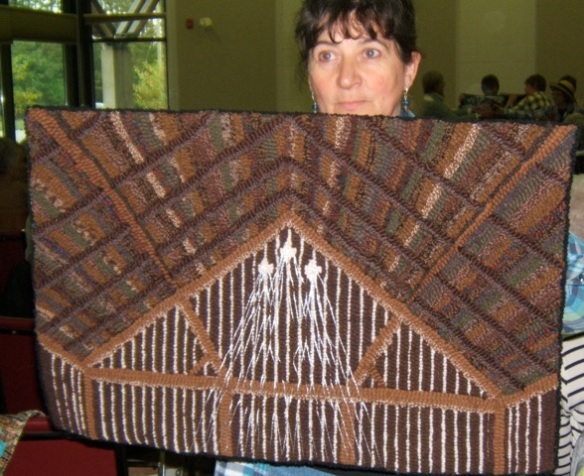 A few dealt with architechtural aspects and their inspiration.

This was the only 3-D entry…mounted round silos.

The picture of my barn didn’t turn out, but I’ve included a (before binding) photo of it in the slot where I presented it. 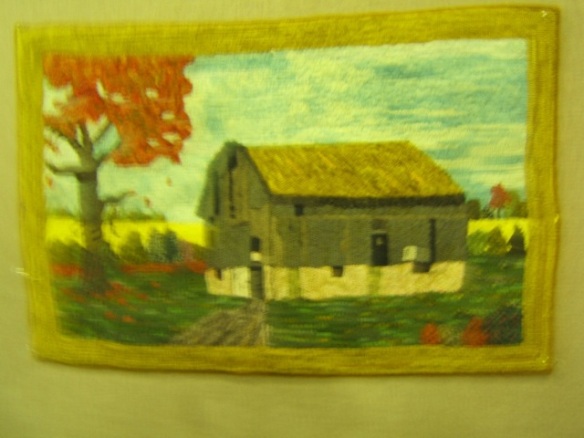 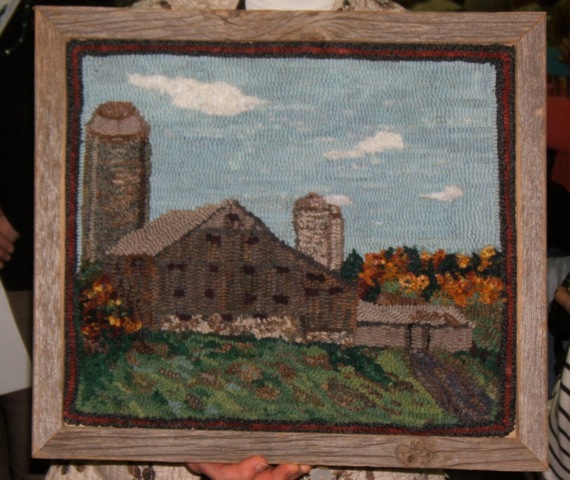 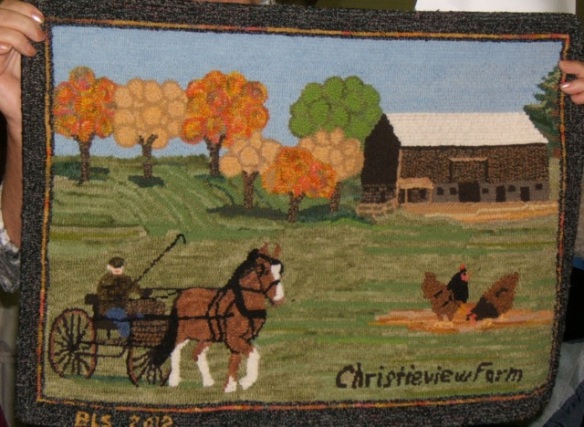 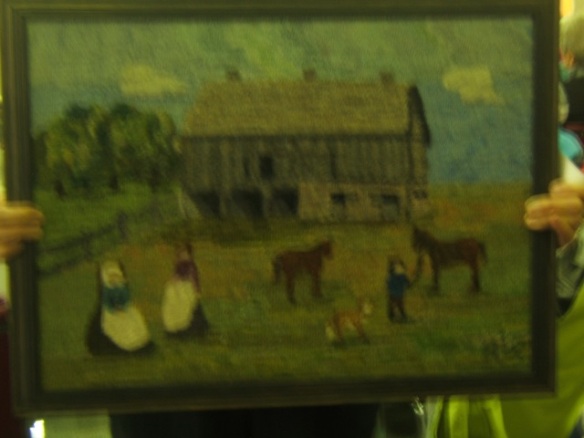 This is a terrible photo, but I’ve included it because my favourite part is the ladies in the bottom..

This is the top half of the same barn. 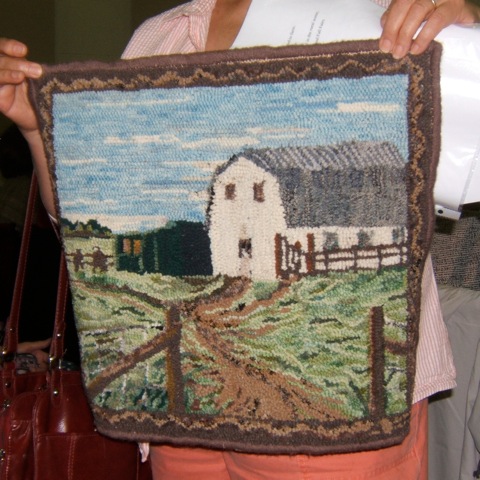 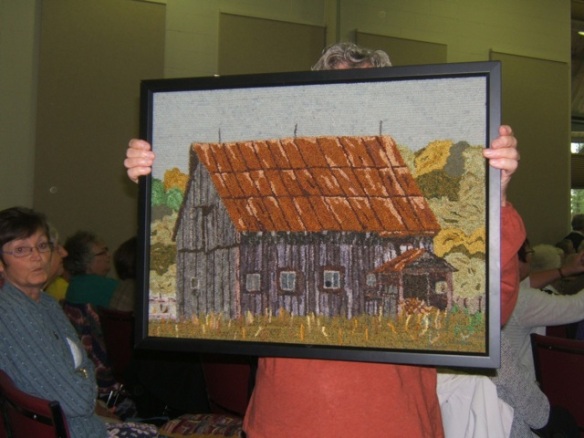 On Saturday, each hooker told a bit about their rug, and for the show itself, there will be a printed synopsis with each rug. My apologies to the people whose rugs I missed.

Stay tuned for the rest of the barns in the next post.

3 thoughts on “The Barn Project Unveiled”