Although spring has officially arrived, here in central Ontario we are still gripped with winter weather. This morning the temperature was – 17 C  (almost 0 F), and yesterday we awoke to a fresh snowfall of  23cm (nearly 10 in).

I took this this morning from the balcony door….the snow on the balcony is waist high, and the bank in our neighbour’s driveway is well over 6 feet high. No tulips or crocus for us in the foreseeable future!

SO with smiles on our faces, and boots and heavy coats still very much necessary, a few of us got together to hook. 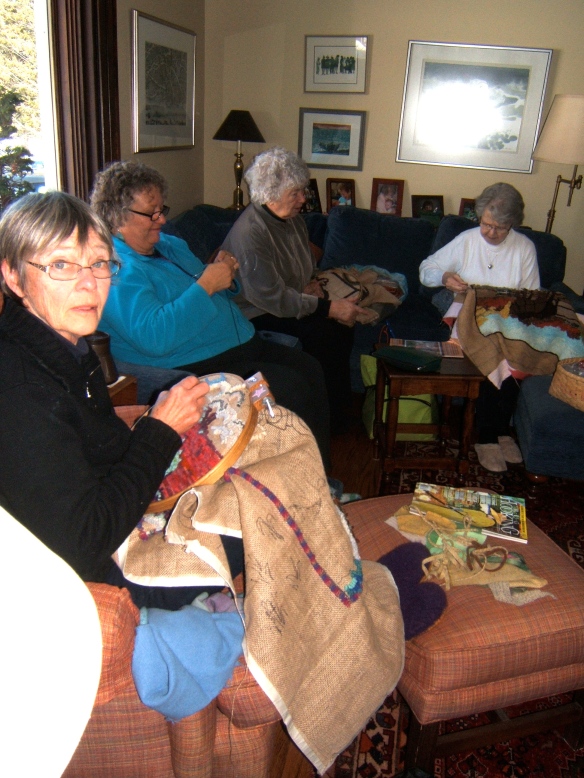 Gail is working on a wonderful piece for the Sir John A MacDonald 200th birthday celebration. As Canada’s first prime minister, MacDonald was largely responsible for the development and implementation of the railway system across our vast land which was a vital cornerstone of confederation.

The symbolism in her design is inspired!. The map of Canada is created from the smoke from the engine, and the background shows the aspects of the country from sea to sea. The rails run into the Pacific in the foreground, then as you move east  into the background, you see the Rockies, the wheat fields of the prairies, and at the horizon tiny details of the east. Wow!

Others were working on items to show or sell at the ploughing match.

Ann’s sow is well on its way. 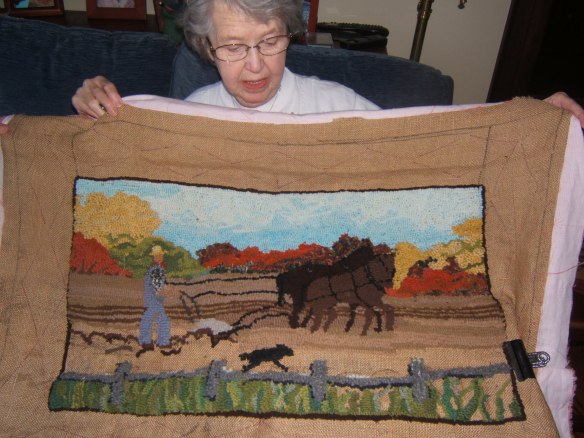 ….and I’ve completed my 6 trivets which will be on the sales table. 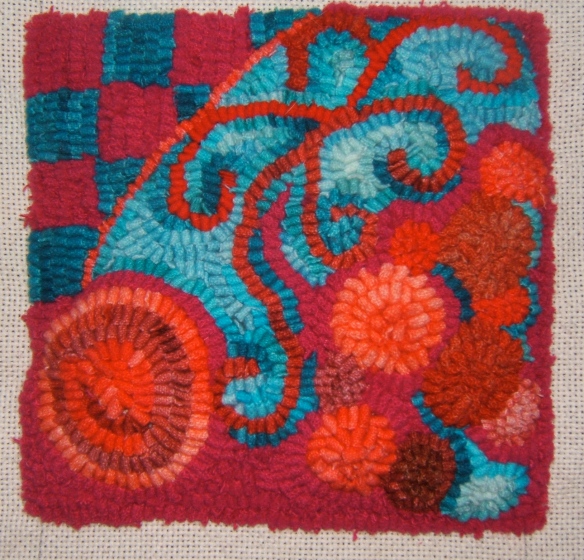 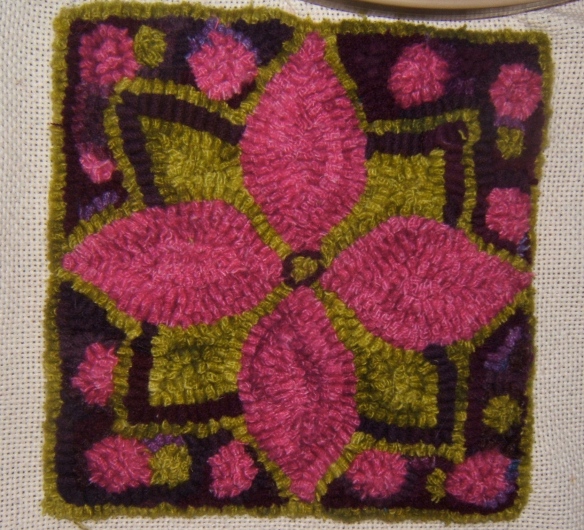 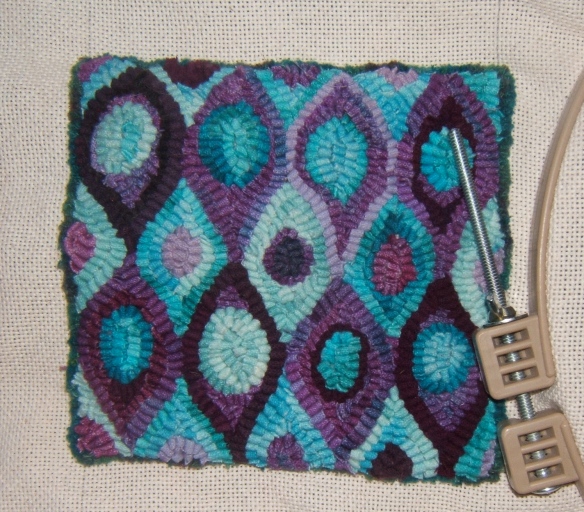 Woops! Well that must be a freudian slip! I like these 5, but not the 6th so much, and mysteriously there is no photo of it!

Teresa found a treasure through a sales venue (I can’t remember which one) . For a very reasonable price, she got a sit on frame (I’m really jealous), plus a variety of wool etc, plus this Deanne Fitzpatrick pattern (already begun) and all the wool to finish it.  She said it was really difficult to get going on it since someone else had started it, but she’s off and running now.

(Don’t you love her colourful socks! She’s a master knitter!)

I had hoped to have Baxter all groomed by now, but we only managed one session on the grooming table…..but indeed under this…. 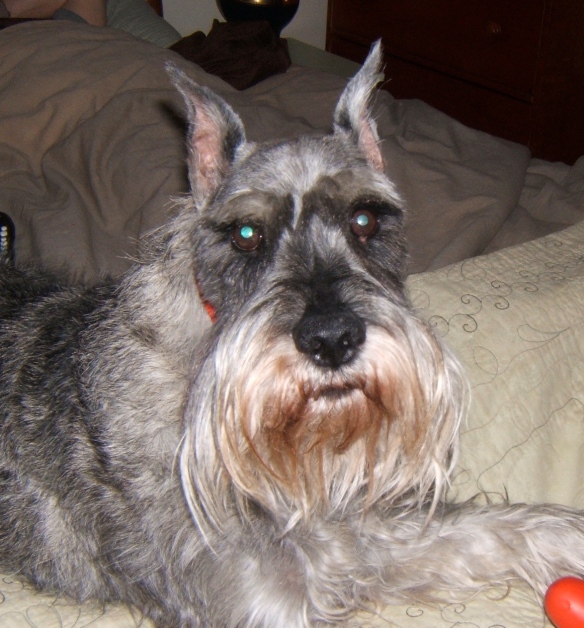 ….so now it’s off to the grooming table to reduce the wooly body to that of a sleek gentleman. (well at least sleek….anyone familiar with schnauzers knows they are monkeys not gentlemen!)

4 thoughts on “The Spring That Isn’t”