My beloved standard schnauzer Baxter will be fifteen in the fall and he is beginning to show his age. 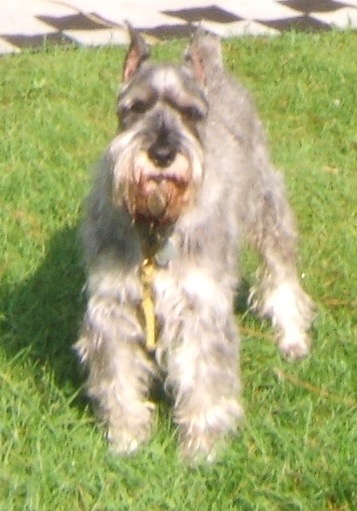 His ability to hold on when he needs to “go” has diminished (much to his horror and shame), and occasionally I’ve discovered a puddle at the back door,or a damp spot where he has been laying. 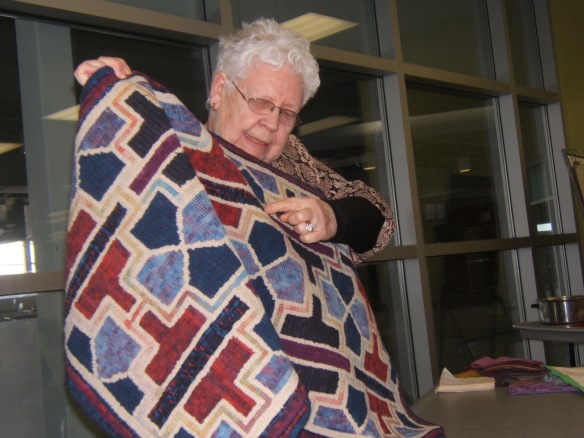 This geometric rug lies on the floor at the foot of our bed and was long ago claimed by him  as his bed.

With these accidents occurring, I checked the condition of this rug and discovered that indeed it was in a bad way. It was either throw it out, or try and wash it thoroughly.

I’ve never washed one of my wool rugs before, but in this case there was nothing to lose. If I couldn’t get the doggie urine out it would be in the garbage.

I laid it in the bathtub and let it soak in cool water, swished it thoroughly and rinsed it out. I was appalled by the dirt and sand (and yellow water ) that came out. I did this several times, with the same result each time. I headed to the store looking for ‘Zero’….the soap I used to use for wool sweaters back in the olden days when twin sets were still popular, but it has obviously gone the way of the dodo bird. It’s replacement is ‘Woolite’ so home I went with a bottle and high hopes that it would work and the dyes wouldn’t run.

I think I soaked, washed and rinsed it with the soap about 5 times until there was no grit or discolouration coming from it, then did it once more for good measure. Much to my delight, the dye stayed intact.

I hung it up over the grating on the veranda and left it there for several days to dry and be in the fresh air. I am absolutely delighted with the results. It hasn’t looked this good since it was first hooked.

It certainly isn’t going back on the floor though. I have a very washable blanket now folded up at the foot of the bed and Baxter seems to think that is just fine to sleep on.

I’m not saying that every rug would do so well with this treatment, but it worked well in this case.

I’m so glad I gave it a try and didn’t throw it out.

26 thoughts on “A HAPPY ENDING”