Last fall the Sunshine Rug Hookers decided to embark on two group projects….one of which was making friendship rugs. The aim was for each participant to end up with a keepsake rug made by other friends in the group.  The whole endeavour was spearheaded by Teresa Moreau who did  a magnificent job of organizing the project. Based on the idea of the Dear Jane Quilt, square sizes were predetermined but the number and arrangement of the squares was decided by each hooker before the rotation began.  Each hooker provided the backing with their choice grid drawn. The rugs would be rotated through the participants each week, making sure that no one saw their own rug as the project progressed. Teresa thought of all the small details so that everyone knew precisely what they were responsible for.

There were 16 participants, so each rug had at least 16 squares. Recently the rugs were revealed and  given back to the owners. Finishing will be done by the rug owners.

Here are the members showing off their rugs shortly after seeing them for the first time . 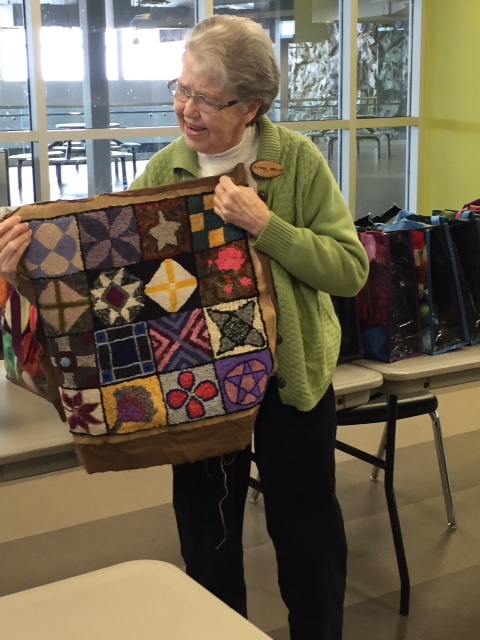 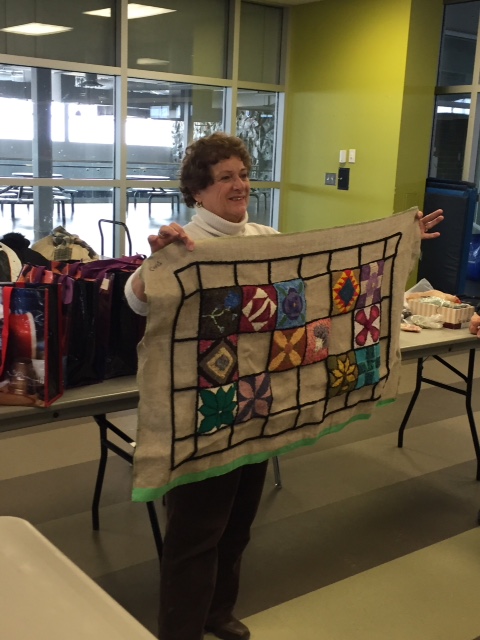 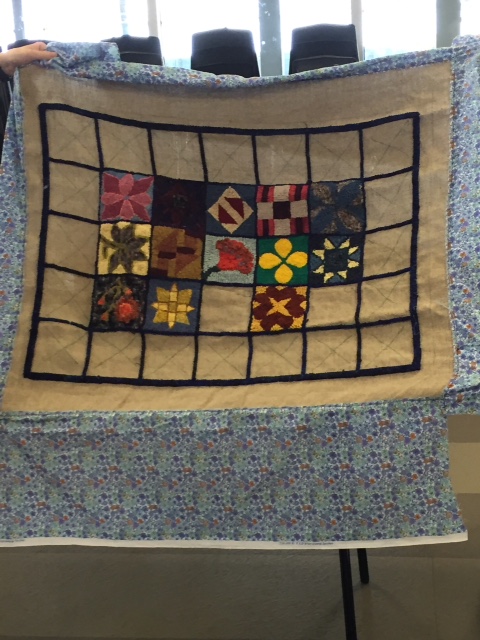 That’s our master organizer Teresa peeking out from behind her table runner. 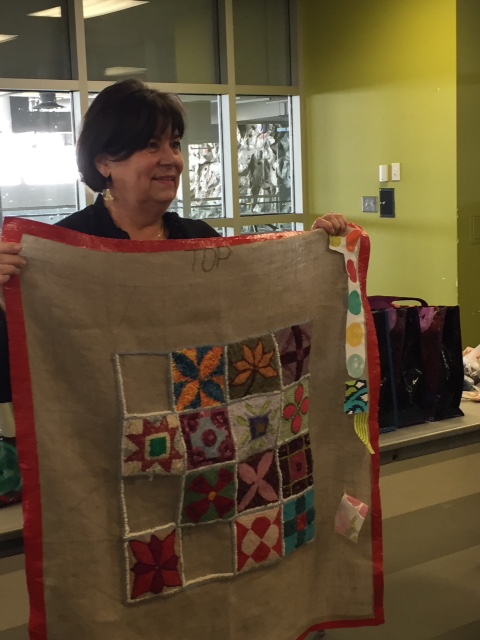 Unfortunately I have no picture of Helen’s rug. I wasn’t at the meeting myself  and because of my commitment to my large abstract rug I  had chosen not to participate, but I was delighted that I was sent photos so that I could enjoy seeing them too. 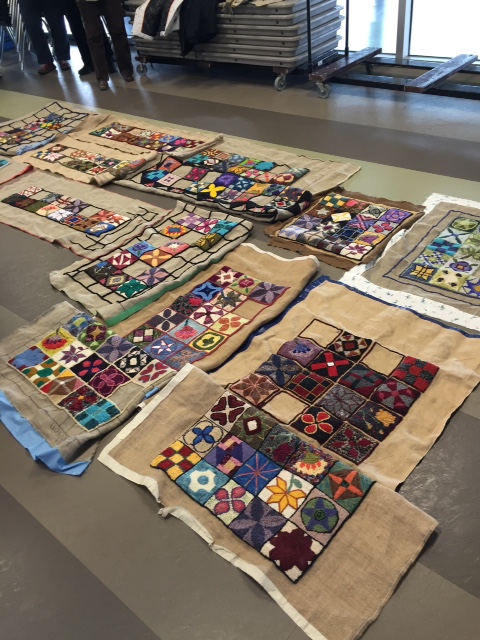 What a beautiful group of rugs, great mementos of our hooking friends, and such a fun project.

Thanks again Teresa for all your efforts….I’ll reveal the second group project (also organized by Teresa) later when it is completed .